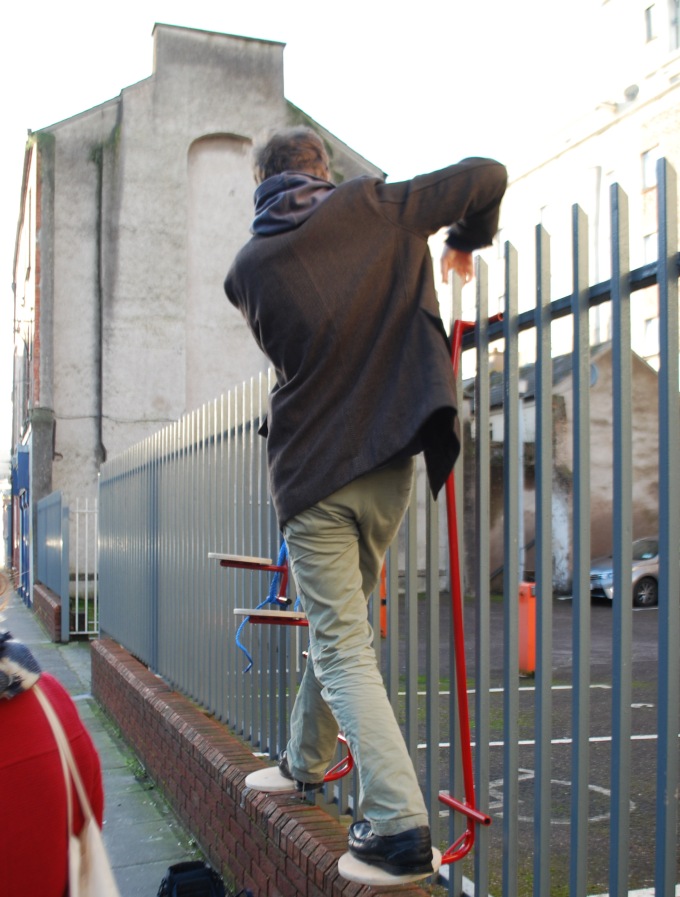 Alternative Route is the working title of an artist led project entangled with issues related to how access to public and private spaces is facilitated or restricted through the use of precautionary or disciplinary architecture. Examples include walls, barriers, palisade fencing, checkpoints and turnstiles.

The project through tactical interventions, devices and adaptations proposes alternative means to question, modify and sometimes neutralise the function of these structures.  Albeit with certain risks. The primary intention of the project is to reveal and make explicit the boundaries and physical limits in the everyday experience of our environment.In Michel De Certeau’s text The Practice of Everyday Life (1984).  Certeau posits an interpretation of strategy and tactics. Strategy Certeau proposed as relating to static immovable places or positions. Such as structures or sites controlled and mediated by a governing force. An example could be an urban planner’s map or a series of tasks and forms designed by a government agency to obfuscate access to a particular service. A strategy often identifies the locus of power. Tactics in this framing are opposed to strategy. Tactics are employed in everyday situations by users to make do and get around the structures they encounter daily.

A strategy this project positions could be the act of placing a fence around a particular site. This structure. It may be a fence or a wall, embodies the ideology of the proprietor in its design and degree of accessibility. A tactical response might involve cutting a hole in the fence or constructing some means of getting over it.The project comprises three strands that explore concepts of tactics and risk in relation to the built environment. A series of simple sculptural devices that allow fences to be utilised as sites of temporary occupation or places of rest. The devices constructed from steel and plywood function as seats and allow the users to simply sit on the fence.Sitting on the fence is a common idiom in the English language used to describe apathy or resistance to commit to one side in an argument. In this instance it is proposed to utilise the fence as a site of temporary occupation or place of rest and possibly conversation.The devices might possibly stimulate some questions around physical access, risk and the restriction of movement, within our urban environments. Or maybe these seats will just act as a space to take a break from questions. Used in an alternative combination the devices could be used as a means of access, this depends on the tactical motivation of the user rather than an explicit design function.

The Tactical walk is a walking practice that focuses on how access to public and private spaces is facilitated or restricted. Movement in the landscape is predominantly restricted through the use of walls, barriers, palisade fencing, checkpoints and a range of other precautionary architecture. During the Tactical Walk a participant’s attention is drawn to how users modify and sometimes neutralise the function of these structures through tactical interventions and adaptations, these interventions are usually discrete, openings that appear in the corner of our eye, in the peripheral landscape.

A Tactical intervention could be a gap in a fence, a shortcut across a park traversing designated pathways, a path of desire. The location and starting point of these walks vary from pre-scripted artist led walks to walks dictated by the participants.

An associated strand of the project is the ladder making workshop covering the construction of some basic ladder types. For example, Rope ladders, single section and pole ladders. Over the course of the workshop alternative means of interacting with precautionary structures (walls, Fences or other physical barriers) will be discussed. This may be achieved simply by finding a means of getting over or possibly taking a position not to interact.

The image above depicts a devices in-situ on a section of steel security fence. The vertical bars of the fence are constructed from 16mm steel welded to horizontal steel members and spaced at intervals not greater than 100mm. All fencing of this type is designed to comply with the minimum requirements contained in BS 1722, part 12, 1990.

Many building/ safety regulations and directives have a prosaic universal quality, which allow for limited adaption to local social and geographical conditions. The device proposes to take tactical advantage of the uniform design of fencing. In that the device will fit on any fence that conforms to regulation.

The standard gap for guard railings according document K (2011) states that the distance between each vertical railing cannot be greater than 100mm (a metric unit of measurement). This on the face of it is a practical regulation intended in its specification to prevent a child from slipping through the bars or getting their head trapped between the bars, an event or opportunity that has become less common due in part to the introduction of a regulations.

This standard gap also limits any attempt to breach the environment enclosed by the railings following this standard.  Access and egress to can be limited designated entrances.  Another aspect of this standard gap is again the universal or standardizing effect of its aesthetic. Railings within countries that share the 100mm minimum standard regulation look pretty much the same and likewise physical interaction is similar. The ubiquity of fences in urban and rural landscapes may be one conversation.

This site uses Akismet to reduce spam. Learn how your comment data is processed. 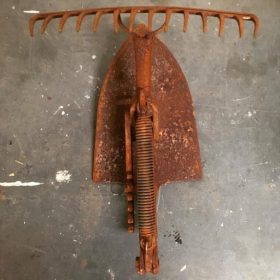 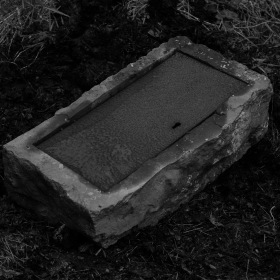